Often, the experience of fasting is just tough. Hunger. Headaches. Hangry (thats a word describing that irritation caused by hunger!). But when you have fasted, expect power. Let me explain…

FIRST THOUGH, PRAY WITH US:  If you are in London. Join us for a powerful All-Night Prayer & Worship this evening (Fri 11 Sept). Just come for an hour or two or more, anytime between 8pm Friday and 8pm Saturday at our chuch office – the decor of the evening is totally inpsiring!). The theme is “Releasing Overflowing Life!” – come and get some! (We break our fast at 8pm). We are aleady experiencing, and are expecting some more awesome life to be released this next season!

So, back to the power: Fasting is not an end in itself, and nor just a means to an end. In itself, it enriches the spirit, but through it, it impacts your world by the power of God released in a new measure through you… 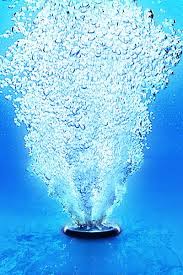 In Luke 4 we read that “Jesus, being full of the Holy Spirit, was led by the Spirit into the wilderness, and He ate nothing…”

Then after His fasting and overcoming temptation, the Scripture records that “He came out in the power of the Spirit.”   Note: He went in “led by the Spirit”, and came out “in the power of the Spirit.”  This is another mystery of fasting: Some things (like Jesus casting out the unclean spirit in Mark 9) are made possible by fasting. It seems that the space that fasting creates in ones body/soul/spirit is filled with a new measure of God, and that ALWAYS makes a difference to your next move!

What’s the difference between “being filled with the Spirit” and “being in the power of the Spirit?” I’m not really sure (and I’m ok with that). Whatever it means, Jesus had this power after fasting and resisting satan’s temptation (including satan’s offer of “bread” to meet His hunger need).  Afterwards He then went into the synagogue “as His custom was” (i.e. He did what He had always done, meaning everything seemed the same as before), but that day everything would change! Having read from the book of Isaiah, He declares that “today this word is fulfilled” and that “the Spirit of the Sovereign Lord is upon Me.” From here Jesus goes on in this power to “preach the gospel (Good News) of the Kingdom of God.” The power of the Spirit was manifest!

I’ve got two books for you!

Today's LunchDate Live is all about FORGIVENESS. Do you need help with that? Are you struggling to forgive someone? I'll also teach you how you can ask for forgiveness in a way that comes across like you actually mean it! (and get the forgiveness you want)
How to wait well... and some news about this building!

The Art of Loving Well

The Art of Loving Well